Hello again from Frankfurt am Main.


Last week my younger daughter didn’t go to daycare twice because she had dentist appointments. I wanted to pick her up from school but was early and she hadn’t been to lunch yet so I went to the canteen with her.

On Thursday, the children had the choice between ratatouille with rice and fish sticks with potatoes and rémoulade. Friday’s menu offered different kinds of pizza and salad. At least that’s what the sign at the entrance said. 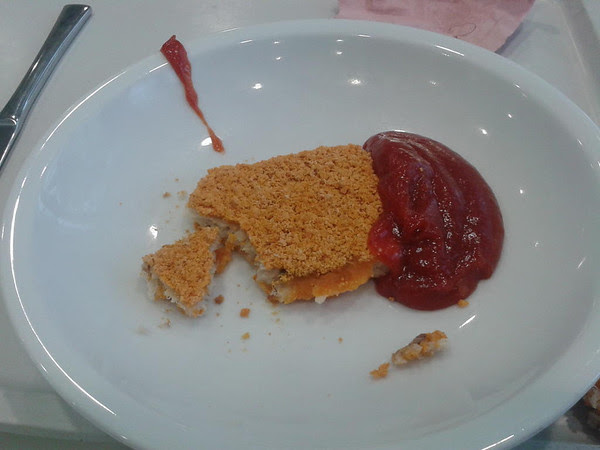 My daughter went for the fish … uhm … thing on thursday. It was some sort of slobber with greenish spots – I assume they were herbs of some kind – held together by a concrete-like shell of breadcrumbs. She was given a large blob of ketchup with it because there wasn’t any rémoulade (which she would have preferred). She didn’t even ask for potatoes or rice as sides “because they’re never good, either they’re still hard or there’s too much salt”. However, I took a bite of this fish thing: it was cold, the crust bone-dry and the slobber inside had a fish-like taste but was as far from fish filet as it could possibly be. 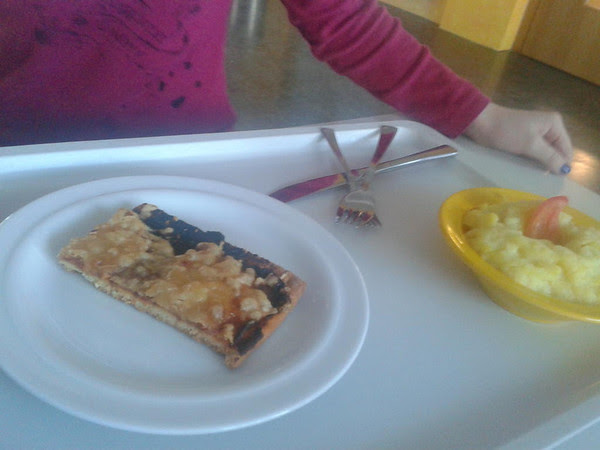 Friday’s lunch: Pizza. One of the children’s favourite. It came in the size and texture of crisp bread. The tomato sauce was burnt to charcoal and the salami could not be found. Again, the food was cold. I asked my daughter to get herself some salad and for reasons I don’t understand the only choice that day was potato salad (which in my opinion doesn’t go with pizza, but oh well…). It was surprisingly good but I guess it wasn’t cooked there but bought in large buckets.

My daughter and her friends said that usually the pizza is a lot better, usually the best tasting food offered at the canteen. They also said that the food isn’t always that bad.

Usually, I'm not picky but I wouldn't want any of those two meals on my plate. And I'm no longer surprised that my child comes home hungry quite often.