My trip to the Liberty Awards in London

I have not written about my trip to London for the Liberty Human Rights Awards before because I didn't have a photo to show you until today. I went to London on the sleeper train which was very bumpy. I enjoyed parts of the night but i got on it very late after my bedtime and so I was awake when I should have been asleep.

In London we went straight to the Palace of Westminster. Lord McConnell of Glenscorrodale arranged our visit. He's a big Mary's Meals supporter and it was very kind of him. I learnt that Lords can pick where they are 'Lord of' and Glenscorrodale is on Arran and I can see Arran from my bedroom window. 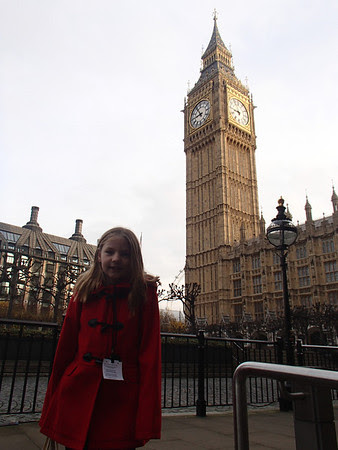 You can see my security tag in the photograph. The tour was brilliant but I didn't understand all the history between Scotland and England. The rooms are beautiful but you must not sit down when visiting the House of Lords or the House of Commons. I leant on the dispatch box in the House of Commons and pretended to be Prime Minister! You can go to the lobby and ask to see your MP and they must come and see you if they are there. I didn't try asking for my MP, maybe next time. 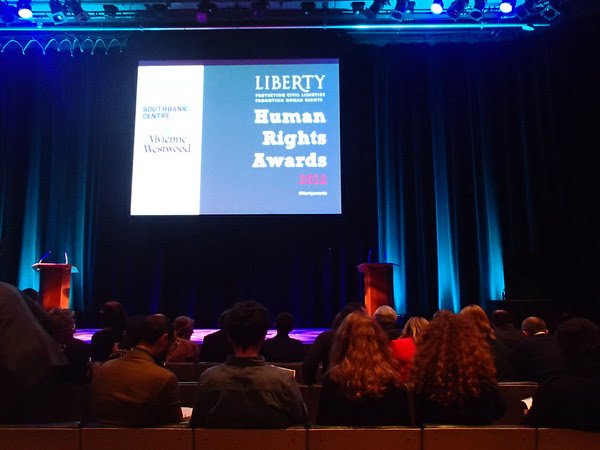 The Liberty Awards were in the South Bank Centre in the evening. It's always hard when you arrive because you don't know anyone and everyone else is an adult. Loads of people came and said hello straight away though and were really kind. It was brilliant. The BBC came as well and asked me some questions at the start.

I don't think Liberty agrees with the Government all the time. A man called the Attorney General said it was important Liberty kept asking questions. I didn't understand every award winner but I some I did. Some people had been fighting for fairness since before I was born. That's a long time. 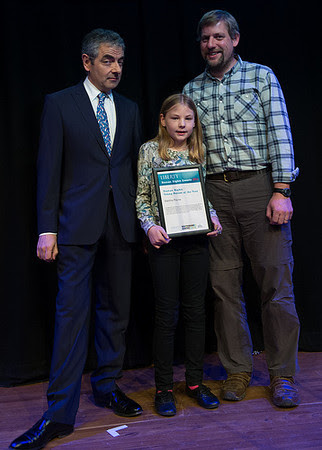 When I saw Rowan Atkinson come out from behind the curtains I could not believe it! I wanted to call him Mr Bean or Johnny English but all I managed to say was thank you. His expression in the photograph is classic! My award was called Human Rights Young Person of the Year and it says on the certificate,

'For defending free expression when she stood up to her local council after they banned her publishing pictures of school meals on her blog, NeverSeconds. Reports of the ban caused widespread national and international outcry and, as a result, the council backed down. Since then, her website has been visited by over 6 million people and has raised over £100,000 for Mary's Meals, a charity which helps feed children in the developing world.'

I am very proud of my award but I don't want to sound big headed. We had to get the sleeper straight home afterwards but I met an actor called Benedict Cumberbatch and I asked him and Shami Chakrabarti who is in charge of Liberty to sign my copy of our book. 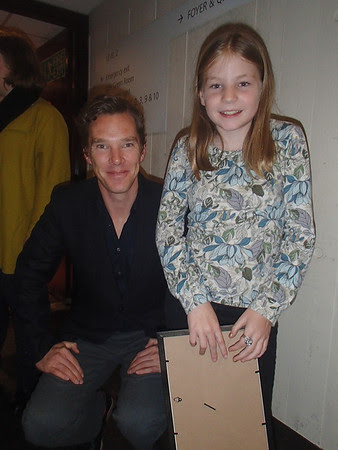 Going to the Houses of Parliament and the Liberty Awards on the same day was a great experience and it has left me thinking why we need both.