Dad said I could blog about the award on Friday but I thought it was still a secret until it was in the Observer Food Magazine today. The ceremony was in London and I was given the award by Gizzi Erskine and Jay Rayner. 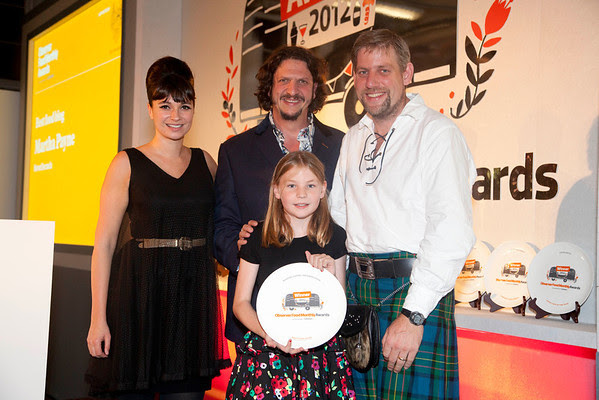 There was a big round of applause and some people stood up. It was very kind of everyone. I am glad I didn't have to say anything into the microphone because I was very nervous. Lots of people wished me congratulations afterwards. I was very lucky to win and Hollow Legs
and James Ramsden were in the final with me. I think I won because of all the children who will get a school dinner from Mary's Meals because of the blog. 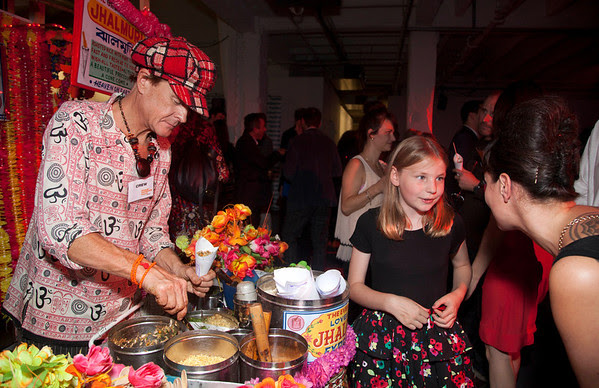 I think dad recognised more people at the party than me but he didn't know everybody. I tried lots of different foods afterwards and really liked the Jhal Muri but I needed water afterwards because it was spicy! My favourite person to meet was John who won the Great British Bake Off. He was lovely. 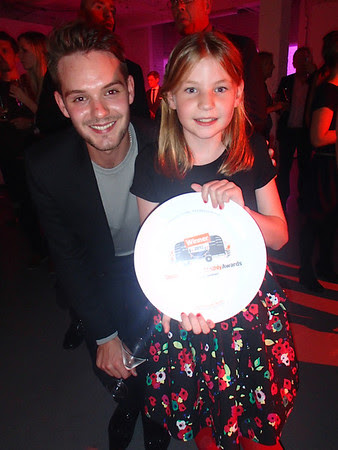 I talked to so many people about Malawi and Mary's Meals that I went to bed really late and fell asleep on a minister's sofa in the Foreign Office on Friday. It was worth it though. I am home now and the plate is above my kitchen door. It is next to a mouse and a home made fish. I like it there. 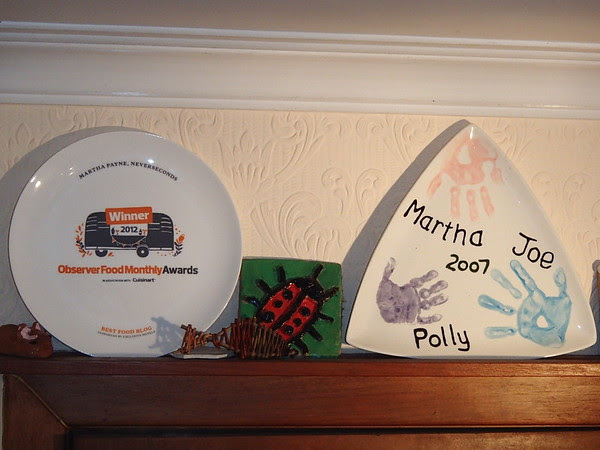