The journey through JAM continues….

Keri, here, as Paula mentioned yesterday I am half Irish. Potatoes are very popular in Ireland: they are almost always included in the main meal of the day (unless it happens to be something like pasta - and maybe even then!)
In the past, though, potatoes were often not just included in the meal: they were the meal! As a result, there is an old rhyme that is often quoted in Ireland:

I'm not sure - that may be understandable to you in Scotland! In English, it says,

"Potatoes in the morning,
Potatoes at noon.
If I got up at midnight,
I'd get potatoes."
Now back to our JAM lunches:
Today’s lunches are from Alexandra, Nikka, Julien and Ryogo. 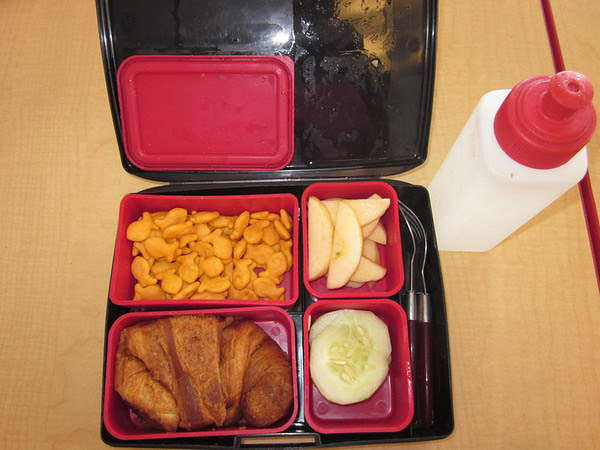 Alexandra was really eager to participate, and she brought one of her favorite foods: a croissant! You can see that she has an elaborate lunch box, with separate dishes – the croissant is in the one at lower left. She also has fruit (sliced apple), salad (cucumber) and a treat (mini crackers). She told us that another favorite food of hers is Mac & Cheese! 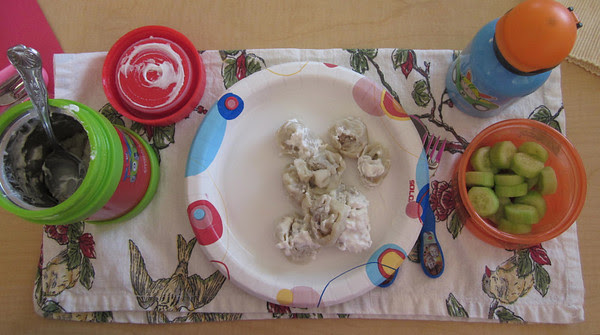 Nikka’s mother explained to us that his lunch is “Pelmeni” which is a traditional Russian dish. Pelmeni are dumplings, which consist of a filling wrapped in dough. Nikka’s pelmeni has meat inside. Pelmeni originated in Siberia. He also has cucumbers in the pot on the right and a drink. 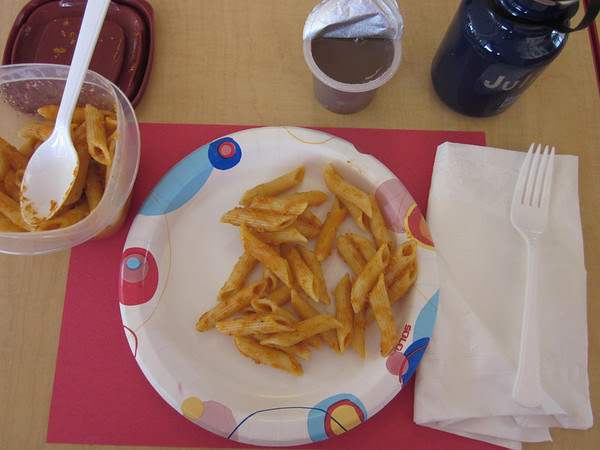 Julien was really interested in learning about what people have for lunch at other schools. He was impressed that some children didn’t have any lunch and that a child about the same age as his older brother is helping to change that. Julien is part Italian and his lunch today is a typical Italian dish, penne with tomato sauce, which is usually served as a first course at lunchtime. He made sure to let us know that he also loves gnocchi, another Italian dish. He is having chocolate pudding for dessert. 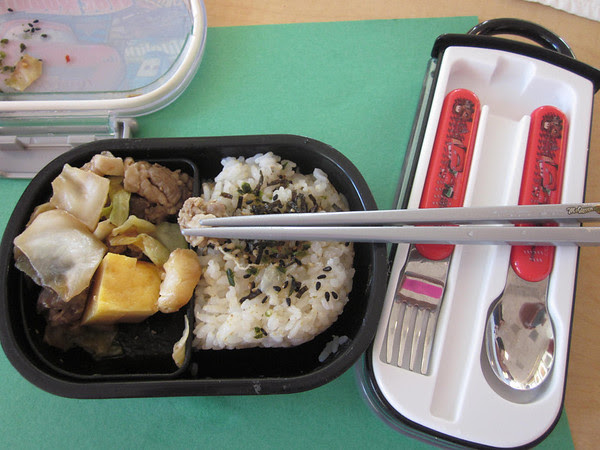 This is Ryogo’s lunch. Of course, NeverSeconds visited Japan last week, and we saw many school lunches that, if you look closely, resembled his. He has a choice; he can use cutlery or chopsticks. Do you know the history of chopsticks? Let us tell you a bit:
“In Japan, chopsticks were originally considered precious and were used exclusively for religious ceremonies. The earliest chopsticks used for eating looked like tweezers; they were made from one piece of bamboo that was joined at the top. By the 10th Century, chopsticks were being made into two separate pieces. Called hashi (bridge), they differed in design from Chinese chopsticks in that they were rounded and came to a point; they were also shorter (7 inches long for females and 8 inches long for males) than Chinese chopsticks. The Japanese tended to make their chopsticks from a variety of woods. Starting in the 17th Century, they were the first to lacquer these wooden chopsticks, making them slippery but quite durable. The Japanese were also the first to create disposable wooden chopsticks (called wari-bashi) in 1878.” (Source - Hospitality Guild)
Food-o-meter: 10/10
Bites: unknown
Eating with the mouth closed: we did great!
Speaking with the mouth full: still a work in progress
Food dropped or spilled on the floor: working at it!

Tomorrow we will see the lunches from three other classmates!