Thank you to Doni for the amazing blog posts you have written in the past week. I especially enjoyed the Kyushoku Koshien because I liked picking the winner! I have realised that Japanese school dinners have smaller portions but lots of different varieties. I like to taste new food without people telling what they are and I would like a week of Japanese dinners.

Next week our guest bloggers are from the United Nations International School in New York. In my class we have Polish, French and Scottish pupils. I wonder how many nationalities there will be in next week's class?

I have just seen Pavlova's fantastic £373 pounds go onto my Mary's Meals JustGiving page. That doesn't include the virtual lemonades she sold. You have very generous friends who have shared their lemons with you and bought your lemonade. It must be a good recipe! Thank you to you and your friends. What you have done is amazing! 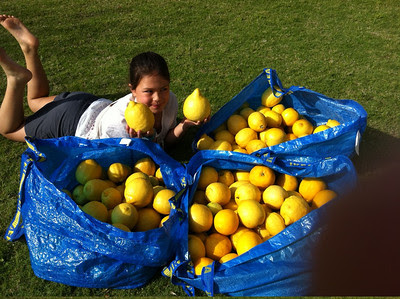 It's been a big week for Mary's Meals because there is a new film coming called Child 31- The Story of Mary's Meals. On friday they released the trailer and I am going to the premier in Glasgow.

It's great that all those children are going to school and not on the street. I think living on the streets means they have no home.