Hello. This report was sent to me from Mary's Meals. I wanted to share it with all of you that have supported the children of Lirangwe. Mary's Meals is also taking part in International School Meals Day.

Please read it. It's brilliant.

Kitchen and feeding sponsored by Martha Payne and supporters of “NeverSeconds” 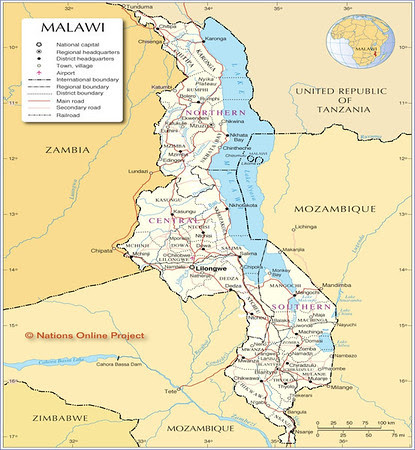 Your school, Lirangwe Primary, is located in the southern city of Blantyre, Malawi.
Blantyre is Malawi’s second biggest city and is Malawi’s commercial and financial centre. Despite this, many of its inhabitants still live in extreme poverty. The city is named after the Scottish town Blantyre which was the birthplace of the famous explorer David Livingstone, who established many missionary churches and schools in Malawi and particularly in the Blantyre area. Blantyre is a gateway to many Africa countries and has air and bus links to Mozambique, Zambia, Tanzania and South Africa. Blantyre has many bustling market places and many Malawians travel long distances to the city to stock up on food and clothing.

Your school currently has 2020 children enrolled, of whom there are 986 boys and 1034 girls. The children range from Standards 1 – 8 (Equivalent to Primary 1 – Secondary 1 in Scotland). There are eleven permanent classrooms at Lirangwe and your kitchen will be able to double up as an extra classroom when it is not being used for feeding. Due to lack of indoor space, some pupils at Lirangwe are taught under trees and at a local centre nearby. The children are taught by a total of twenty teachers.

The school’s water source is a borehole in the school grounds. There are sixteen pit latrine toilets on site which are equally shared between the boys and girls. Lirangwe has netball facilities and a football pitch and the pupils play regular matches. 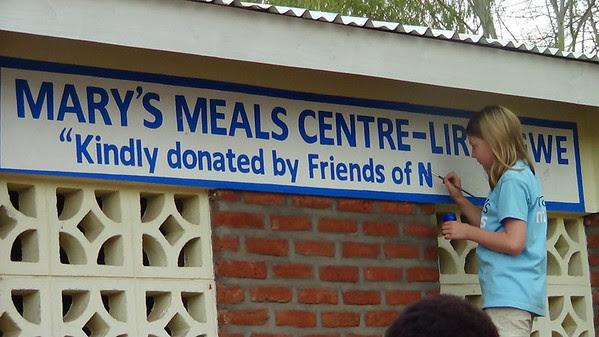 Mary’s Meals is initially organised by the school’s head teacher, who then meets with the school’s committee and people from the surrounding neighbourhood. A team of volunteers are then drawn from the local community. Volunteers are split up into teams and each team takes a slot in the rota to cook the school meals. At Lirangwe, many of the volunteers are parents of the children at the school.

Volunteers often arrive at the school as early as 5am to fetch water, get the pots ready and start cooking. A vat of porridge takes about three hours to cook on a rocket stove. The porridge is then put into buckets, before serving, to stop the children crowding around a hot stove where they could get burned. The Likuni Phala porridge is then served to long queues of children all eager to get their daily Mary’s Meal. Typically, schools in Malawi begin serving their Mary’s Meals at around 9:30am each day, feeding the youngest children first (Standard 1). After serving, the volunteers stay on to wash the pots and put away the stoves. The entire process normally finishes at about 2pm. Mary’s Meals cooks take on a big commitment and the whole system would not be possible without the dedication of our volunteer cooks. 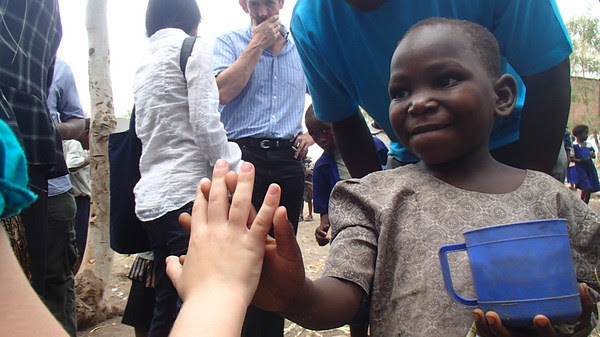 All children in Malawi are entitled to free primary education. Children are allowed to start Primary School at the age of six. There are eight years of Primary School – referred to as Standard 1-8. To get into the next class level, children must pass end of year exams. This means there can often be a wide age range in each standard. Entry requirements for secondary school are based on children’s results in their final Standard 8 exams. For many schools, the introduction of Mary’s Meals has seen senior pupils gaining a place at secondary school for the first time ever and more and more children are winning scholarships to pay their secondary school fees. For those who don’t go on to secondary school, the level of education pupils get at Primary provides them with good employment prospects by equipping them with good levels of literacy and numeracy as well as life and agricultural skills. The daily meals provided by Mary’s Meals allow children to attend school every day, rather than work or scavenge for food, greatly increasing their chance of finding a good job and a brighter future.

The two national languages in Malawi are Chichewa and English. Children in Standard 1-4 are taught in Chichewa while also learning English. In years 5-8, they switch to lessons in English, with the addition of classes in Chichewa. The curriculum includes English, Chichewa, Maths, Life Skills and Agriculture. 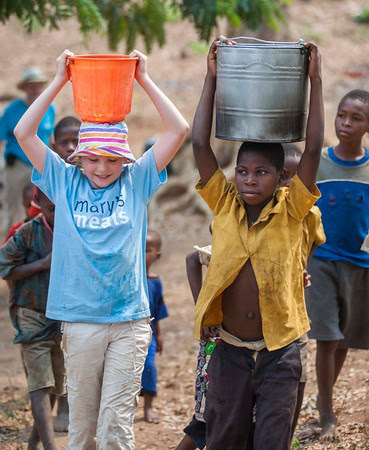 Mary’s Meals began feeding at Lirangwe Primary in April 2012. Head teacher, Godfrey Mbato, describes the benefits that the Mary’s Meals food programme has already had on the school:

”Because of Mary’s Meals, children are thriving and the rate of absenteeism has been minimised. The children participate fully in lessons and drop-outs are coming back.”

The impact of Mary’s Meals can be seen upon examining Lirangwe’s enrolment rates. Enrolment at the school, in 2011, was 1600 pupils, which is made up by 700 boys and 900 girls. The most recent enrolment figure is 2020 children (986 boys and 1034 girls). Every single one of the extra 420 pupils has been able to benefit from a daily school meal. It is fantastic news that Mary’s Meals at Nawita enables more children to go to the school and receive the high standard of education provided there. Your feeding and kitchen sponsorship at Lirangwe means that some of the world’s most vulnerable children need not go hungry and, through education, now have the opportunity to have a bright future. 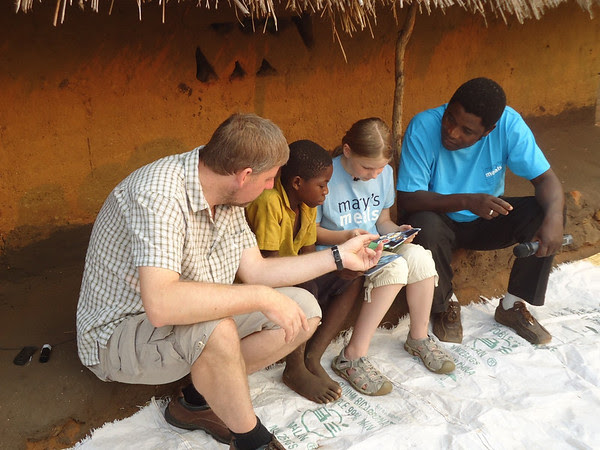 On behalf of everyone at Mary’s Meals, and especially from all the children at Lirangwe Primary School, we would like to extend our very warmest thanks for sponsoring the kitchen and feeding at your school.

What you have doing for these children is truly life changing – thank you! 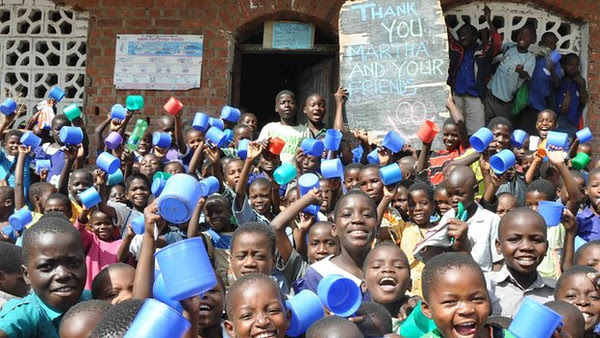