On Monday Dad and I went to the One Show to meet Jamie Oliver. We arrived at the studio at 5pm. Everyone was really nice and we had a look at the control room where there are lots of screens. When I met Matt he was ironing his shirt and we talked about Malawi and our sheep. Alex was getting ready and we chatted. I was fine talking without cameras. The rehearsal was really hard and I got very nervous especially when I saw myself on the film with Louise. They turned the screens around so I couldn't see them. 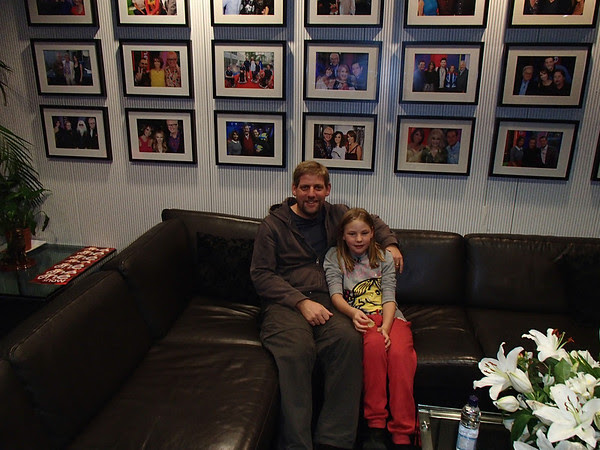 This is the Green room where you wait and there are pictures on the wall of some of the people that have been on the show. We got changed and went to make up. I didn't need any but Dad got some powder on his face and chest. I don't think I was meant to meet Jamie Oliver until we were on television but maybe because I was nervous he came and said hello. He is so nice and easy to talk to. Dad and Jamie talked about school dinners and I talked about Malawi.

A lady with an earphone over one ear came and told us we had 1 minute to go and we went and stood in the audience. I was so nervous and I wasn't sure I could do it. 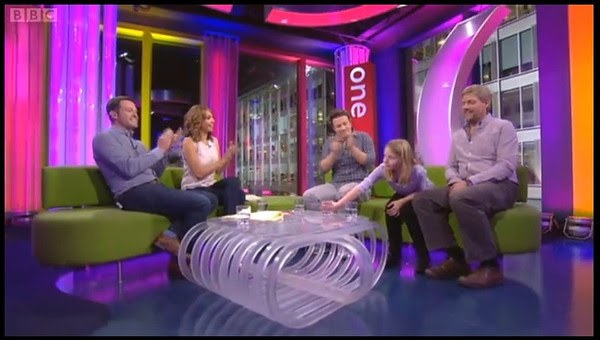 When I went on Jamie, Matt and Alex applauded me. They showed the film I did with Louise and a clip from Malawi. Dad and I forgot to mention our book for Mary's Meals and then Jamie had a huge surprise for me! A basket of cooking things that I love. When I was on the train yesterday I was asked if it was the famous basket from the One Show and I nodded. I have only just watched it all on iPlayer because it's difficult to see yourself on TV and I can remember how nervous I was. It seems silly to have been nervous now and I enjoyed chatting to everyone after the show. 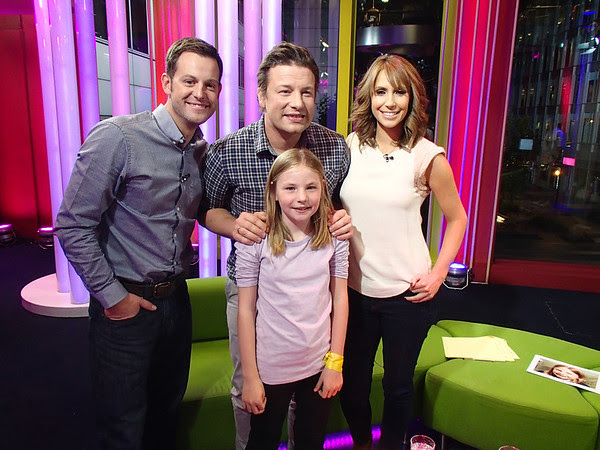 Dad and I went to Union Jack's after the show and the food was brilliant. The best bit was the heritage potatoes which tasted like ours at home. I've missed our potatoes. 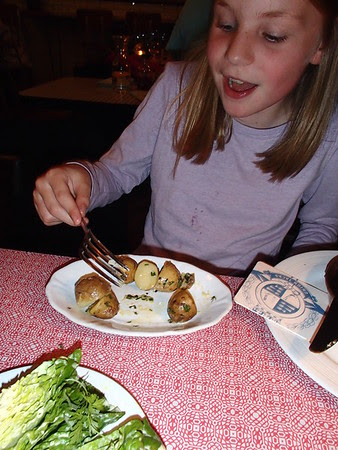 We couldn't watch the documentary live because it was only on in Scotland. I hope it goes onto YouTube or iPlayer Global so everyone can see it. It is very very good. 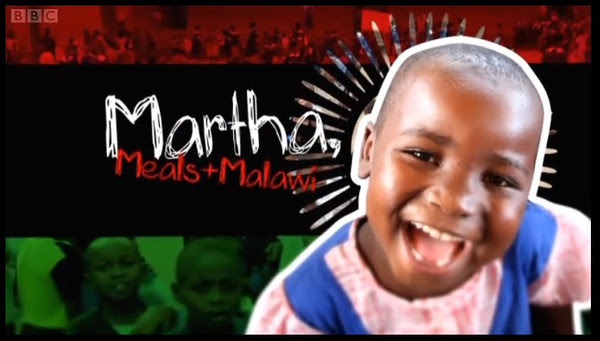 It was great to see Pavlova in it! We tried to Skype for the One Show film but it didn't work. It was a lovely surprise to see her. Also Courtney from the USA who is trying to raise enough for a kitchen also.

I am going back to London today but am looking forward to going home and trying some of Jamie's 15 Minute Meals. One lady took an hour and a half to make one. I hope I don't.