Julia Child would be proud!

It is Thursday already; our week is coming to an end.

Today we will see the lunches of Gabriel, Deviana, Amelia and Ezra. 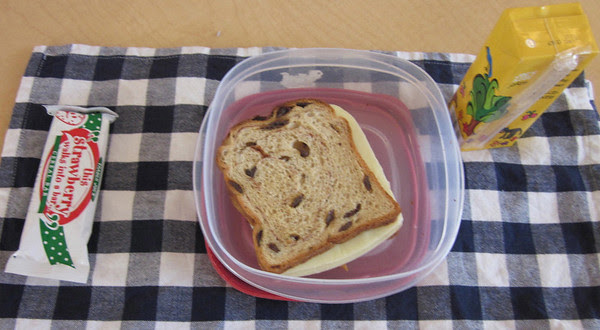 Gabriel is half Brazilian, like me. At times we speak briefly in Portuguese, followed by some giggles. It still amazes me, how the children can swap from one language to another in a moment. Well, back to his lunch! Today Gabriel had raisin bread with cheese, a strawberry cereal bar on the left and juice on the right. His mother said that Gabriel loves raisins. 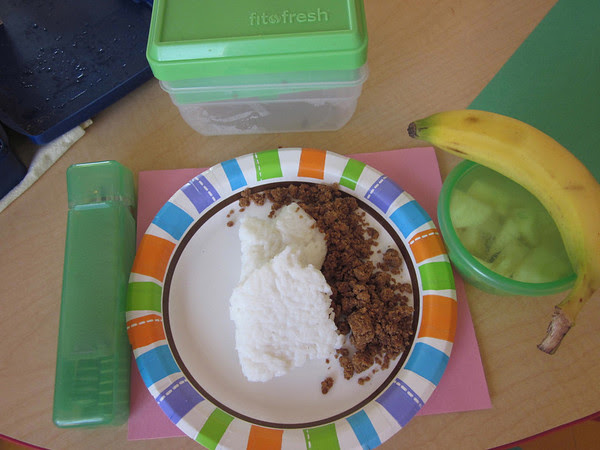 Deviana’s lunch was a novelty for us. She is from Sri Lanka and her mother was kind enough to share some information about today’s lunch. The lunch is called Kiribath (pronounced Kiri Buth in the Sinhalese language). Its translation is milk rice. It is a very traditional dish and is always served at celebratory occasions in Sri Lanka (from birthdays, christenings and key holidays to Christmas and the first day of school). It is traditionally served for breakfast on the first day of every month.
Deviana loves eating it because the rice is soft and creamy and the palm sugar is sweet! She also has two fruit choices. Tradition holds that, at the naming ceremony for Prince Gamini (who became the most famous king of Sri Lanka, 164 BC – 140 BC), Kiribath was served to the guests. 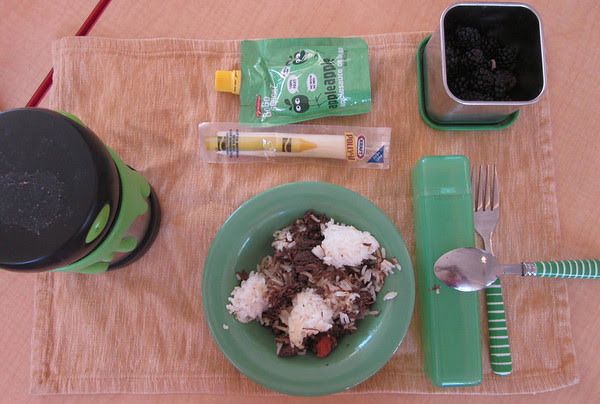 Amelia’s lunch would make Julia Child’s proud! Boeuf Bourguignon, a dish created in the Bourgogne province of France, her mother told us. It is a traditional French dish. The dish was created to be economical for average French citizens: it is made of easily-accessible and affordable ingredients. She also has a cheese stick, juice and blueberries. 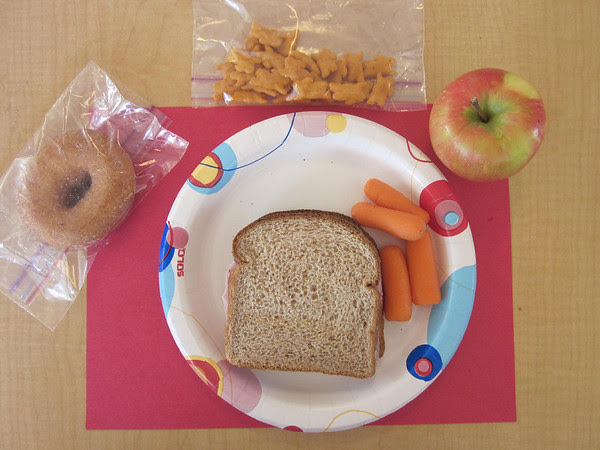 Ezra’s lunch today is a sandwich, carrots, apple, some cheddar cheese crackers and a doughnut. Ezra is half French and he was very eager to have the picture of his lunch taken. He wishes all a Bon Appétit!
Food-o-meter: 10/10
Bites: unknown
Eating with the mouth closed: apart from two little reminders we did great!
Speaking with the mouth full: nearly there!!!!
Food dropped or spilled on the floor: we forgot to look!