When I got up this morning Dad told me my blog had 25000 hits so I thought I'd better not forget to count my mouthfuls! 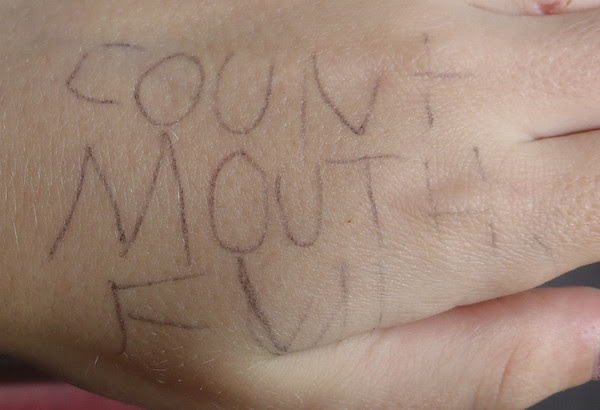 There was an 's' on my thumb but it rubbed off! My photo is a wee bit dark, I've mastered the computer but not my camera! 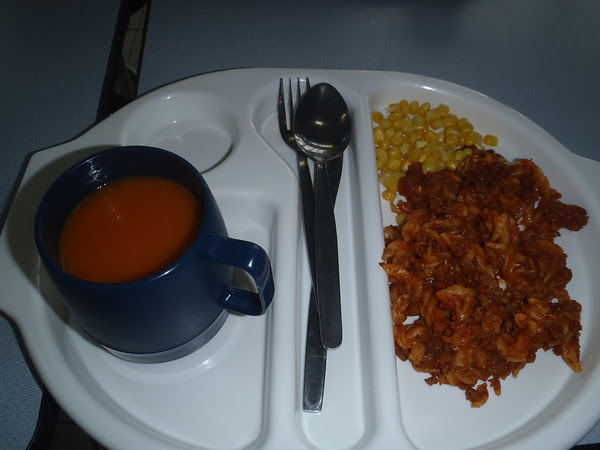 Today's dinner was carrot and coriander soup followed by mince pasta. I did remember my mouthfuls but as the soup was so hot I burnt my mouth and had to take many little sips! The soup was brilliant. We don't have Carrot and coriander soup very often but its the first time I've tried it and I love it! The mince pasta was the same as spaghetti bolognese but with different shaped pasta and more sweetcorn than last time. I dont know why they call it mince pasta and not just spagbol!

My blog has had 42000 hits now and I hope one of them was Jamie Oliver!