I totally forgot for half the morning then at lunchtime it came right to my head to tell my friends they are allowed as much salad, bread and fruit as they like. I told them to spread it around the school quickly because no one had gone around the classes and told them. I was a bit nervous to ask but I did ask for more peas! 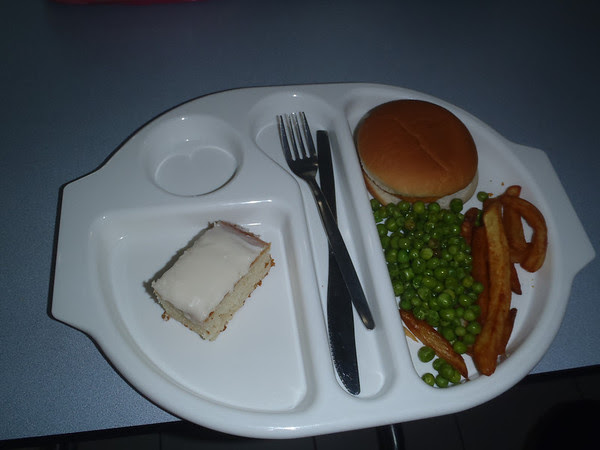 I chose a Chicken grill which on the old menu was called a chicken burger but it is exactly the same. With it I had chips which means it must be Friday and you can see my extra peas! One of my peas was black, I had a black eyed pea! If you look closely its the one in the middle. I love the sticky gooey icing the school puts on its sponges.

Last year my friends and I started a club, which the school let us run, called Charity Children. We raised money for Mary's Meals. In our first sale we raised £70 in three hours which is enough to feed 7 children school lunches for a WHOLE YEAR! A lot of kids go to school everyday just for the food. Each lunch costs 6p to make. 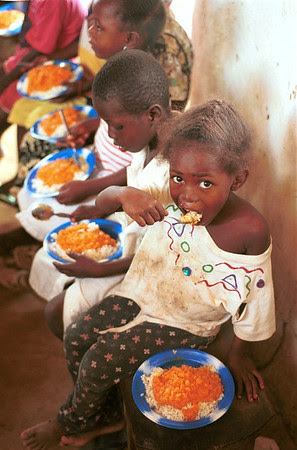 This is Liberia. It's rice, fish and vegetables. I hope they are eating the meals we paid for.